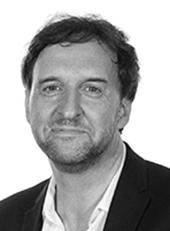 Ashley Freeman is an English-qualified Solicitor with over 20 years of international banking and financial services experience, encompassing strategic, transactional and regulatory matters, particularly in an Islamic context.

Since qualifying as a Solicitor of the Supreme Court of England and Wales in 1995, Ashley worked as a financial services lawyer in both London and Bahrain.

Ashley began his career in private practice, working for many large investment banks in London, and soon developed a considerable reputation within Islamic Finance, and subsequently relocated to the Arab Gulf region in 2001.

Amongst many other ground-breaking initiatives, and during his 13-year tenure as Bahrain’s most senior public sector banking lawyer, Ashley personally advised the Ministry of Finance on every international sovereign sukuk issue of Bahrain, which constituted some of the first in the world.

Ashley also worked on numerous bank re-organisations, including some of the first Islamic bank mergers, acquisitions and conversions. Ashley is widely recognised as an expert on financial rescues in the Arab Gulf region and led the legal team for the regulator and largest creditor of the world’s biggest Islamic bank restructuring and the first carried out within Chapter 11 US bankruptcy code proceedings.

At the international level, Ashley was a member of the working parties that designed and established the influential Islamic Financial Services Board (IFSB) and International Islamic Financial Market (IIFM), personally drafting their founding documents. He was also a member of the working party that established Bahrain’s highly-acclaimed Waqf Fund.

At the educational level, Ashley studied Law at Cambridge University where he gained his Bachelors and Masters degrees and was President of the Islamic Society.